Wow, it’s been quite a couple of weeks around here.  Four snow storms, 170 cm of the white stuff and one state of emergency later, and we’re in a hell of a mess.  Boy, when Mother Nature decides to flex her muscles, she really shows us who’s boss.  I’m starting to feel a little walled in by all the snow around our house. 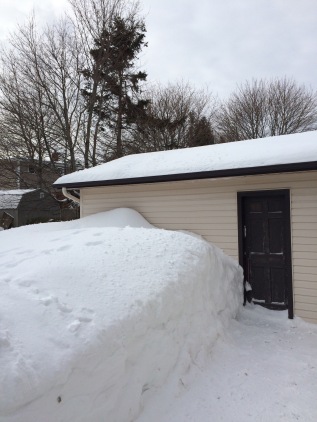 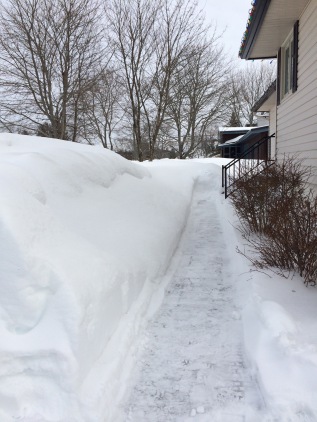 Parking lots are treacherous, there’s limited parking Uptown, the snow banks are so high you can’t see around them and most streets are reduced to one lane in each direction, if you’re lucky.

True to form though, Saint Johner’s are taking the whole ordeal in stride.  We are Maritimer’s after all, we’re used to bad weather.  Remember the Ice Storm of ’13, when some people lost power for two weeks?  That was no picnic either.  But it’s going to take a whole lot more than a few bad storms to keep us from our Costco runs and Chop Chop specials!

This video came out just before the fourth storm hit us and showcases what I love most about Maritimers: their wonderful sense of humour.  When life gives you lemons, make a joke out of it.  I ❤ you, Saint John.

All material on maritimelove.wordpress.com is property of the author and duplication of this blog’s material without the author’s consent is prohibited.
%d bloggers like this: