Well, spring has officially arrived, even though it doesn’t much look like it with the feet of snow we still have.  But the temperatures are above zero today and the snow is melting here in Saint John so it feels like we might actually make it out of this alive.  We feel for those parts of the Maritimes recovering from another winter blast last night.  We swear it gets better.  This winter was certainly one to remember.  Saint John broke its record of 424cm from the 1962-1963 winter and Charlottetown broke its recently held record of 451.3cm from just last winter.  And there is no indication that the snow is finished yet, although the melting snow is promising.  While I think everyone want to see green grass, this historic winter warrants one last look back.  Here are some images Joel and I took from the winter that was 2014/2015. 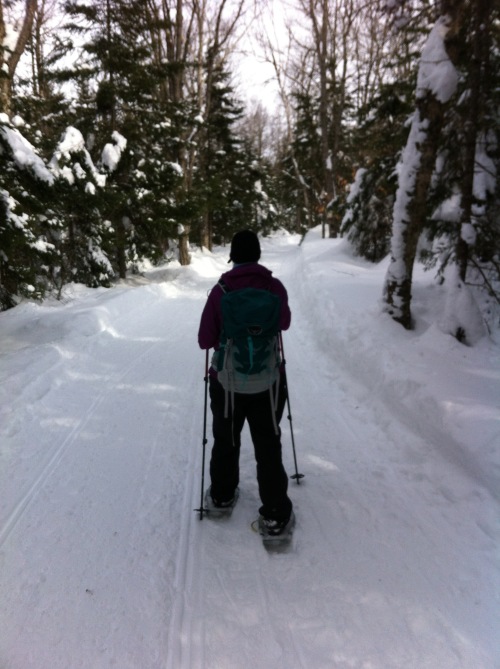 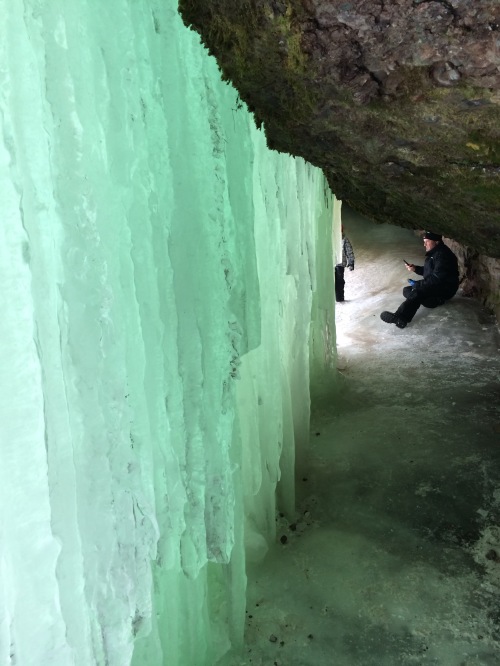 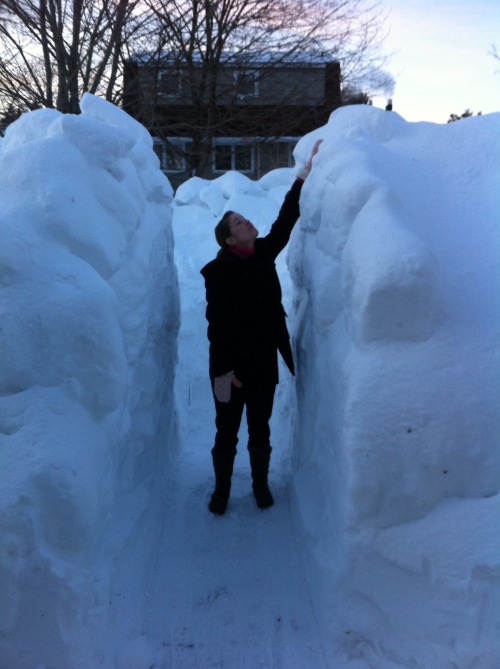 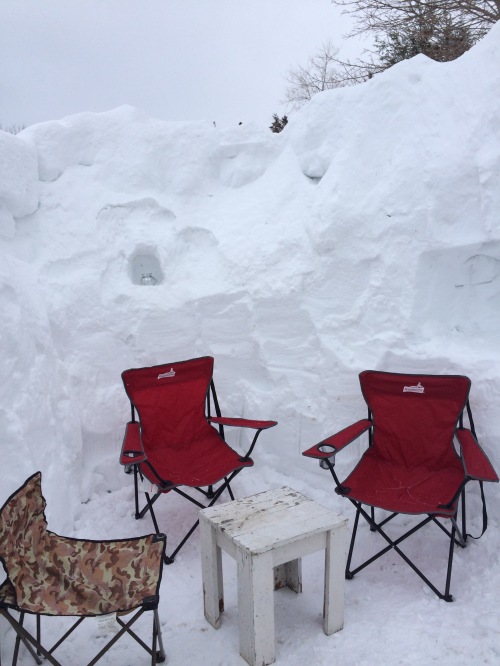 Beware the Ides of March, indeed.  As winter pounds us with yet another snowstorm, just 5 days from the official start of spring, I think everyone is over it.  It’s time for you to go, Winter.  You’ve overstayed your welcome (if there ever was one). 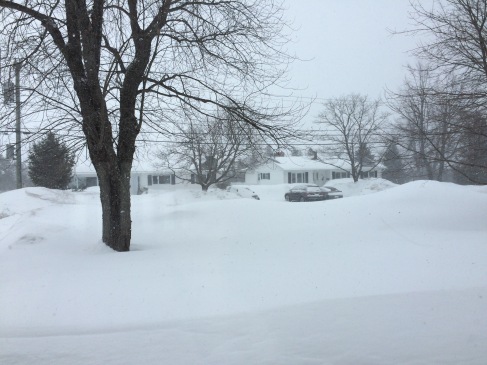 I’m dreaming of springtime in the Maritimes.  I love all the vibrant colours that come with the season.  Everything seems so vivid after the monochromatic winter.  People emerge from their homes as if from bomb shelters, squinting in the bright light.  The birds will sing in the early morning; there will be an obscene amount of light in the day. It will be sensory overload.  I can’t wait.

Springtime is a Van Gogh’s dream:

Blooms of ruby, citrine and amethyst.

There’s a fire in the west.

Today is International Women’s Day.  Some people may say that women have achieved equality, and that there are no more battles to be won.  I would disagree.  The brave women and men who have fought for our right to be human, to vote, to own property and to work outside the home have indeed achieved a great deal.  But the fact is that no country in the world has been able to achieve true gender equality.  And the conditions that some women face around the world absolutely appalls me on a daily basis.  The recent gang rapes in India spring to my mind as particularly horrific.

But let’s take a look at what women’s lives in the Maritimes are like.  According to the Government of New Brunswick, in 2011, women earned 88.3% of what men did, creating an 11.7% wage gap.  That is slightly better than the national average wage gap of 13.7%. In 2009, 12.4% of NB women and 10% of NB men lived below the poverty line. However, 45% of single female parents and their children live in poverty, compared to 25% nationally.  This is astonishing to me.  What is perhaps even more shocking is that teen pregnancies in NB are significantly higher than the national average and actually increased from 2005 to 2009.

In Prince Edward Island, women made up just 29.3% of municipal councils and one in four PEI MPs were women in 2010.  These are actually higher than the national averages, however, women in management positions earned only 67.8% of men in the same category in 2005.

In Nova Scotia, 708 sexual assaults were reported to police in 2011, where 82% of victims were female and 97% of suspects were male.  The number of sexual assaults actually increased nationally between 1999 and 2009 from a rate of 21 per 1000 women aged 15 and older to a rate of 24 in the same category.  The situation is even worse for Aboriginal women, whose self-reported violent victimization is almost three times that of non-Aboriginal women.

I think these numbers prove that even in a country as great as Canada and a region as wonderful as the Maritimes, women have still not achieved gender equality.

I feel very blessed to have had so many amazing female role models in my life.  My parents are both from families of 4 girls and 1 boy, so I have a lot of aunts.  Add to that a couple of grandmother’s it was a privilege to know, a sister and two sisters-in-law, three nieces, numerous cousins, countless friends and a mother who is the epitome of self-sacrifice and generosity.  Each of these women, in their own ways, have shown me the strength and resilience of women.  In a way, each of them have been mothers to me, as I take each lesson they have taught me and carry it forward into the world, to try to make a difference in the next generation.  The field of work that I have chosen, in women’s health, which seemed like a coincidence at the time, is not really a coincidence at all.  The well-being and standing of women has always been a passionate subject for me, it’s quite natural that I ended up here, in helping to improve it, in one small way.

So on this International Women’s Day, let us thank all of our mothers, for paving the way.  And let us be mothers to each other at home and to those women fighting far bigger battles in far-flung places.  We hear your stories.  You are not alone.

Note: If you would like more information on any of the statistics I quoted here, please see the following sites:

The best way to survive a Maritime winter is to try to find some enjoyment in it.  That means getting outside and spending a (hopefully) not too cold day doing some winter activity.  This Sunday started out sunny and eventually went overcast but the temperature was comfortable at around -5 Celsius.  So we hopped in the car and headed for the Midland Ice Caves.

Joel and I usually try to make the hike into the Ice Caves at least once a winter and we decided that today was as good a day as any.  One of the truly wonderful things about living in the Maritimes, and New Brunswick in particular, is all the great hiking you can find close by.

Apparently many others had the same idea.  When Joel first took me into the Ice Caves several years ago, there was hardly anyone else around and there was very little signage.  People have caught on now and the trail is heavily traveled and the way is well marked with signage.  I can’t blame them.  A trip to the Ice Caves is great family fun. Kids bring their crazy carpets and sometimes the family dog comes too.

The Caves are a good hike across a field, up a hill, and into the woods following a snowmobile trail.

Snowshoes are helpful but not really required, since the trail, at least from the top of the hill, is well groomed. 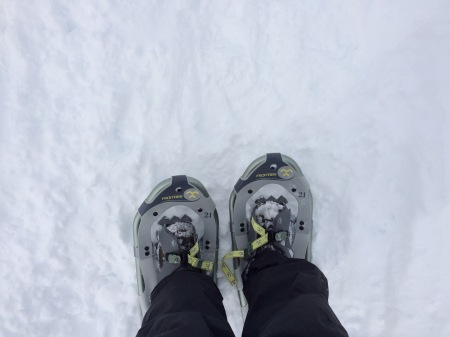 Once there, it’s a steep climb down to the base of the caves, made easier by the use of a rope strung from tree to tree. 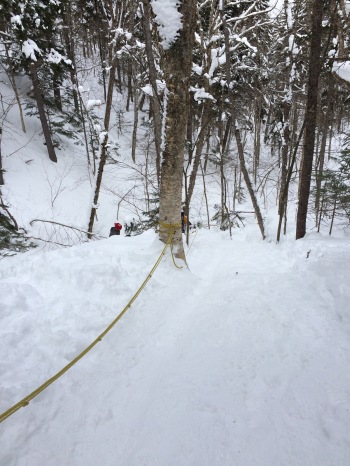 The caves are not really caves at all, but are formed by water running over the edge of a cliff, creating a thick sheet of ice that walls in a small ledge.  Nevertheless, they’re quite impressive.

Several entrances are usually hacked out so that you can get inside.  The ice glows greenly from the inside and is layered in sheets.  Careful walking inside as it’s a sheet of ice from top to bottom!

We set up a hammock at the top of the hill leading down to the caves and enjoyed a nice rest and a snack before starting the long hike back to the car.

We felt we earned a treat, so when we got home we had a delicious hot chocolate and a piece of cheesecake.  If I always get this kind of reward, I’ll make the hike to the Ice Caves every day!

UPDATE: As an update to this post, I would like to remind everyone that is heading out to the Midland Ice Caves to give the right of way to the snowmobilers while on the snowmobile trail.  The snowmobilers pay to maintain this trail so please move off the trail when you hear or see one coming through.  Be safe and have fun!

All material on maritimelove.wordpress.com is property of the author and duplication of this blog’s material without the author’s consent is prohibited.