Today is International Women’s Day.  Some people may say that women have achieved equality, and that there are no more battles to be won.  I would disagree.  The brave women and men who have fought for our right to be human, to vote, to own property and to work outside the home have indeed achieved a great deal.  But the fact is that no country in the world has been able to achieve true gender equality.  And the conditions that some women face around the world absolutely appalls me on a daily basis.  The recent gang rapes in India spring to my mind as particularly horrific.

But let’s take a look at what women’s lives in the Maritimes are like.  According to the Government of New Brunswick, in 2011, women earned 88.3% of what men did, creating an 11.7% wage gap.  That is slightly better than the national average wage gap of 13.7%. In 2009, 12.4% of NB women and 10% of NB men lived below the poverty line. However, 45% of single female parents and their children live in poverty, compared to 25% nationally.  This is astonishing to me.  What is perhaps even more shocking is that teen pregnancies in NB are significantly higher than the national average and actually increased from 2005 to 2009.

In Prince Edward Island, women made up just 29.3% of municipal councils and one in four PEI MPs were women in 2010.  These are actually higher than the national averages, however, women in management positions earned only 67.8% of men in the same category in 2005.

In Nova Scotia, 708 sexual assaults were reported to police in 2011, where 82% of victims were female and 97% of suspects were male.  The number of sexual assaults actually increased nationally between 1999 and 2009 from a rate of 21 per 1000 women aged 15 and older to a rate of 24 in the same category.  The situation is even worse for Aboriginal women, whose self-reported violent victimization is almost three times that of non-Aboriginal women.

I think these numbers prove that even in a country as great as Canada and a region as wonderful as the Maritimes, women have still not achieved gender equality.

I feel very blessed to have had so many amazing female role models in my life.  My parents are both from families of 4 girls and 1 boy, so I have a lot of aunts.  Add to that a couple of grandmother’s it was a privilege to know, a sister and two sisters-in-law, three nieces, numerous cousins, countless friends and a mother who is the epitome of self-sacrifice and generosity.  Each of these women, in their own ways, have shown me the strength and resilience of women.  In a way, each of them have been mothers to me, as I take each lesson they have taught me and carry it forward into the world, to try to make a difference in the next generation.  The field of work that I have chosen, in women’s health, which seemed like a coincidence at the time, is not really a coincidence at all.  The well-being and standing of women has always been a passionate subject for me, it’s quite natural that I ended up here, in helping to improve it, in one small way.

So on this International Women’s Day, let us thank all of our mothers, for paving the way.  And let us be mothers to each other at home and to those women fighting far bigger battles in far-flung places.  We hear your stories.  You are not alone.

Note: If you would like more information on any of the statistics I quoted here, please see the following sites: 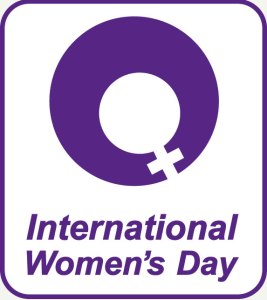 All material on maritimelove.wordpress.com is property of the author and duplication of this blog’s material without the author’s consent is prohibited.
%d bloggers like this: